One Dead, One Hurt in Sunday Shooting in Orrville

A Dallas County man is behind bars after a shooting in Orrville early Sunday morning — leaves one man dead — and another man hurt.

Sheriff Mike Granthum say 57 year old Jerry Rayford was shot and killed at his home at around 1:30 Sunday morning.

Granthum says Rayford was having a party — when two females got into an argument in front of his house. And when he went out and told them they had to leave — he was shot.

“He was shot several times. At least one shot struck him in the head. And then several other ones were in his torso area.”

Granthum says second victim was shot in the leg during the shooting. 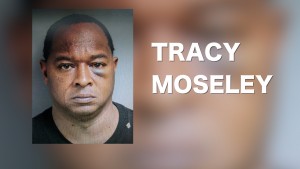 He says 43 year old Tracy Moseley of Orrville is now charged with murder — and first degree assault in the case. Granthum says initially — Moseley fled the scene of the shooting.

“He then called 911 and said that he had just shot someone. So we were able to take him into custody at the Dollar General which is not far from the actual place where it took place. We were actually able to recover the weapon also.”

Moseley is being held in the Dallas County Jail without bond.

And he’s set to go before a judge — for a first appearance in court Tuesday morning.