Most people know October 11th as Columbus Day, but the City of Tuskegee has decided to celebrate this holiday for another reason. 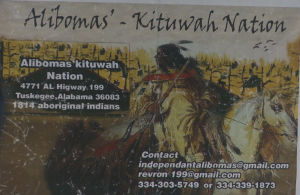 World Conference of Mayors founder and Tuskegee City Councilman, Johnny Ford, announced that October 11th will now be celebrated as Indigenous People’s Day in the City of Tuskegee. The World Conference of Mayors and members of Historic Black Towns and Settlements Alliance have joined President Biden in replacing Columbus Day with a day of celebrating American’s indigenous peoples and their descendants.