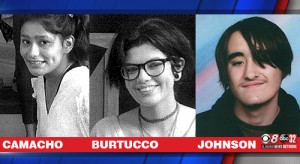 The Tallapoosa County Sheriff’s Office and Central Alabama CrimeStoppers need your help to find three juveniles who left the Boys and Girls Ranch in Camp Hill without permission.

Investigators say on Tuesday, October 12, at about 3:30 p.m., the three avoided getting onto a school bus and got into a white car instead. The car is possibly a Honda with an unknown driver.

Investigators believe they may be heading to Boaz in Marshall County.

The first juvenile listed as a runaway is 14-year-old Keyla Michelle Hernandez Camacho.  Keyla is described as a Hispanic female with family ties near Gadsden.

The second juvenile listed is 16-year-old Sarah Jane Bertucco.  Sarah is described as a white female with family ties near Somerville, which is in Morgan County.

The third juvenile listed is 16-year-old Johnny Eugene Johnson.  Johnny is described as a white male with family ties near Notasulga, which is on the Macon/Lee county line. 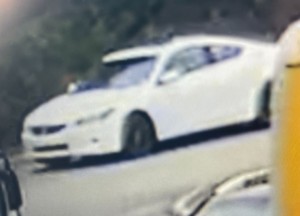 If you have any information on these three juveniles, call Central Alabama CrimeStoppers at (334) 215-STOP.