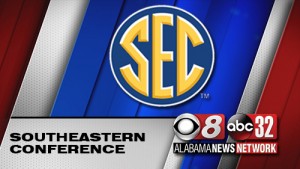 As Tennessee prepares for a road game at Alabama on Saturday night, University of Tennessee officials and SEC Commissioner Greg Sankey are speaking out about some UT fans’ behavior near the end of the Vols game with Ole Miss.

With Tennessee trailing 31-26 and facing fourth-and-24, the Volunteers made a 23-yard gain, but ended up short of getting a first down. That’s when UT fans began throwing trash onto the field — water bottles, beer cans and a mustard bottle. Ole Miss Coach Lane Kiffin was hit with a golf ball.

The situation became so bad that the UT cheerleaders and dance team had to exit the stadium because they were getting hit on the sidelines with the trash, while the UT band cleared the stands.

The game was halted for about 20 minutes until the situation could be controlled. Ole Miss won the game 31-26, even though UT had a chance to pull ahead in the final seconds.

I am astonished and sickened by the behavior of some Vol fans at the end of tonight’s game. Good sportsmanship must be part of who we are as Volunteers. Behavior that puts student-athletes, visitors and other fans at risk is not something we will tolerate. 1/2

I will be calling Chancellor Boyce in the morning to offer my personal apology on behalf of the University of Tennessee and discuss what we can do to make this right. Neyland Stadium has always been a place for families, and we will keep it that way. 2/2

Chancellor Boyce is Glenn Boyce, the head of the University of Mississippi.

Scottie Scheffler arrives at PGA as understated world No. 1