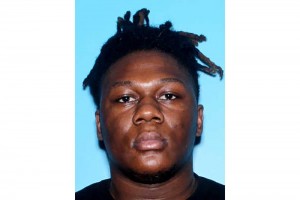 MOBILE, Ala. (AP) — Police have released the name of a third man wanted in a shooting that wounded two adults and three teenagers outside a high school football game in Alabama. Mobile police said Monday that they have five warrants accusing 19-year-old Hezekiah Kaniel Belfon of attempted murder. Those are the same charges on which 19-year-old Jai Montrell Scott was arrested Sunday. A 17-year-old juvenile was arrested on the same charges and police say they will seek adult charges. Victims include two adults and three juveniles ages 15 to 17. Two remain hospitalized. The shooting happened Friday night at Ladd-Peebles Stadium, where Vigor High School was playing against Williamson High. Police haven’t yet identified a motive for the shooting.