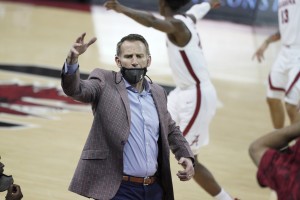 Defending champion Alabama is picked to finish second this year in SEC men’s basketball in voting among a panel of national and league media.

Kentucky is the favorite to win the Southeastern Conference title.