A Montgomery man is sentenced to 20 years in prison — after he pleads guilty to two robberies in a Dallas County court. 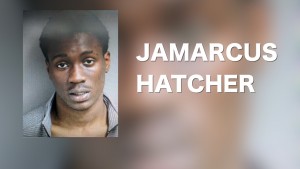 Eighteen year old Jamarcus Hatcher was about to go on trial — for two counts of armed robbery — when he pleaded guilty instead.

District Attorney Michael Jackson says Hatcher and another man — robbed two people at gunpoint behind Selma Mall — back in September of 2019.

“This very serious obviously. The mall and Wal-Mart are places that people frequent here to shop. And so, we want to keep the streets safe,” he said.

Jackson says Hatcher’s sentence will run concurrently and his co-defendant’s case is pending.