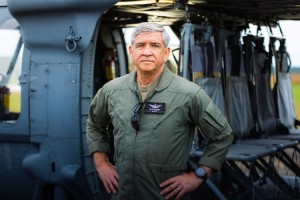 A military veteran best known as the helicopter pilot who was shot down and held prisoner in the 1993 “Black Hawk Down” incident is joining the U.S. Senate race in Alabama.

Mike Durant is now the owner of an aerospace company in Huntsville. He is running as a Republican, portraying himself as an outsider like former President Donald Trump.