The Demopolis High School community is naming the field house at Tiger Stadium in honor of the long-time manager of the football team. 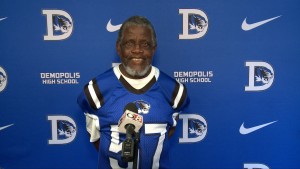 Sixty-seven year old year old Albert Thomas — has been the manager for every Demopolis High School football team — for the past 46 years.

He’s affectionately known as “Can Good.”

Glendora McClain is his niece.

“Albert is real friendly. Albert don’t have a hateful bone in his body. Everybody love him. And he love everybody,” she said.

“Wonderful guy. Does so much for this school system,” said Coach James Moody.

“He’s here every day. Shows up every day. Does work. Does whatever we ask him to do. And there’s not anyone here that’s more loyal than he is.”

And it’s that loyalty — dedication — and faithfulness — that school officials have decided to honor — by naming the field house at Tiger Stadium in his honor. 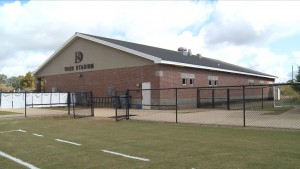 The school is planning to officially announce the naming of the field house — during halftime of the Hillcrest-Tuscaloosa game –on October 29th.

The Demopolis City Council is expected to do the same in the city — at it’s meeting Thursday night.