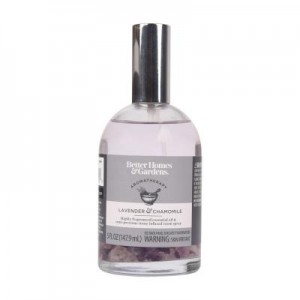 This is an On Your Side Consumer Alert from Alabama News Network: The Consumer Product Safety Commission and Walmart have announced the recall of an aromatherapy spray that has been linked to four illnesses and two deaths.

One of the deaths was a child.

The four people came down with a serious tropical disease even though none had traveled internationally. They may have been infected by an aromatherapy spray imported from India.

The Centers for Disease Control and Prevention says its scientists found the same type of bacteria that causes the disease in the spray in a Georgia patient’s home.

According to ABC News, the contaminated spray was sold at about 55 Walmart stores and on Walmart’s websites between February and Oct. 21. Walmart has pulled the remaining bottles of this spray and related products from the shelves and its websites.

The Consumer Product Safety Commission and Walmart issued a recall for the lavender and chamomile room spray along with five other scents in the same product line, according to ABC News.