Andalusia Man Found with Gunshot Wound in the Street; Dies at Hospital 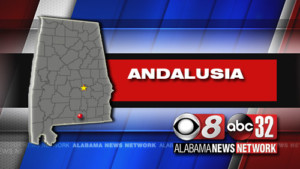 Police say they found 32-year-old Domonique Terrell Curry of Andalusia unresponsive in the roadway in the 400 block of Mock Street late Saturday night. He was taken to the hospital where he later died.

Andalusia Police Chief Paul Hudson said a person of interest has been developed in the shooting, but more details will not be available until more information is obtained from the Alabama Department of Forensic Sciences and multiple interviews are conducted.

Chief Hudson expressed his appreciation to several citizens who provided vital information in the case.

“Without the help of these individuals, we would not be as far along as we are,” Hudson said. “The community is oftentimes our eyes and ears and we truly appreciate those willing to help. If you see something, say something.”

Anyone with information about the shooting is asked to contact the Andalusia Police Department at (334) 222-1155.