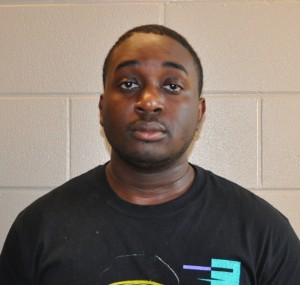 Marterrius C. Moore of Millbrook has been charged with Aggravated Child Abuse for causing his 2-month old child serious head and body injuries.

On Sunday, October 24, 2021, Millbrook police were notified by Children’s Hospital staff
that they were treating a 2-month old child suffering from severe head trauma. The child, Jamarion C. Moore, had been airlifted from Baptist East, having been brought in for treatment. The child’s father, later identified as Marterrius C. Moore, a 22-year-old Millbrook resident, stated to Children’s Hospital staff and later police officers that he dropped the infant on Tuesday, October 19, 2021. While being treated, it was discovered that the child had suffered multiple injuries to both its head and body, to include multiple fractured bones. After conferring with medical staff from Children’s Hospital, the extent of the child’s injuries was discovered and it was determined that the parent’s statement, as to how the child became injured, was implausible.

Detectives from the Millbrook Police Department conducted an interview with Mr. Moore, during which he admitted to injuring the child on several occasions due to the child’s excessive crying. Moore was placed under arrest, being charged with Aggravated Child Abuse, which is a Class A Felony due to the age of the victim. Moore was processed and transported to the Elmore County Jail, where he remains under no bond, pending warrants being obtained and served.

“This case both breaks my heart and sickens me. In my 33 years in law enforcement, I’ve
seen too many horrible things to speak of. Things you can’t erase from memory. Things you
don’t speak of and things you don’t go home and share with your family. I don’t care how many
horrible things we see; you never get acclimated to seeing children or the elderly abused like
this. And if you do, it’s most definitely time to consider retirement. I have no words to describe
an individual that would intentionally cause harm to a child. As a parent and grandparent, my
prayers are with this and all children that are victims of abuse. I appreciate the job done by the
medical staff at Children’s Hospital, as well as that of our officers and investigators that
responded to and that are working this case. I can assure you that we’ll do everything in our
power to present the best case that we can to the District Attorney’s Office to get justice for
the horrible treatment that this child had to endure,” Millbrook Police Chief P.K. Johnson said.