Two more people have been charged in a murder that happened in Orrville earlier this month. 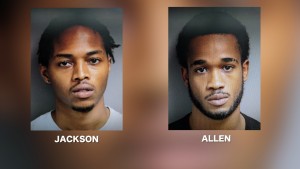 He says both men are charged in the death of Jerry Rayford of Orrville.

Rayford was shot and killed in his front yard about two weeks ago — after a party at his house.

Tracy Moseley of Orrville is also charged in the case.

“This is a senseless crime that could have been avoided. But it’s our position to hold everyone that’s responsible accountable for their actions,” said Cole.