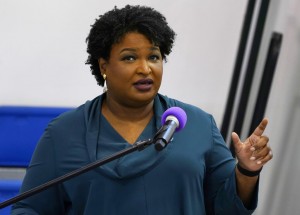 The political organization led by Democratic Party activist Stacey Abrams is branching out into paying off medical debts.

Fair Fight PAC senior adviser Lauren Groh-Wargo says paying off debt is another facet of the group’s advocacy for Medicaid expansion in the 12 states that haven’t expanded the health insurance program.

Fair Fight says letters will be sent to those whose debts have been absolved to notify them.