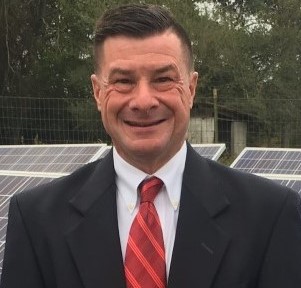 Former Alabama TV news reporter Stephen McLamb has announced that he’s running for the Place 1 seat on the Alabama Public Service Commission. He is running as a Republican.

In a statement, McLamb says he is a conservative for clean energy, saying he will work to lower people’s power bills and give them new choices through renewable energy.

“Every other state in the United States is moving forward with the use of renewable energy, particularly solar, but Alabama lags way behind,” said McLamb. “With the price of solar having dropped some 70% in the last decade, why are we not using the technology of the future that has no ongoing operational costs as well as no fuel costs? Putting cost efficient solar powered energy into the grid will help keep costs down for residents.”

McLamb says he wants to remove solar fees that he says were passed by the current members of the PSC.

McLamb grew up in Demopolis and is a graduate of the University of West Alabama. He has worked in radio and TV stations across the state, including at WAKA in Montgomery.

McLamb started his public service career in 2019 as the administrative coordinator for the Marshall County Sheriff’s Office where he still works.

The Place 1 seat on the Alabama Public Service Commission is held by Jeremy Oden, who is seeking re-election.