The Uniontown Police Department — is looking to hire more officers. But police officials say recruiting new officers to a small rural city — can be a challenge.

“Well right now, we just like most departments in the state of Alabama and all over the nation, we’re hiring. We’re taking full-time as well as part-time officers,” said Chief DeMarcus Weems. 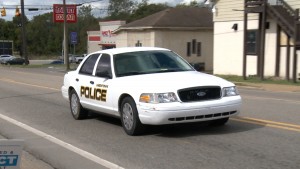 Weems says the officers the department has — are working extra hard. And there’s no need — for residents to be concerned about public safety.

“We’re pulling over cars as well as riding through the neighborhood, engaging with the community. So you see police presence throughout the city of Uniontown. The only thing that needs to be concerned is the criminals. The ones that’s out here trying to commit these crimes,” said Weems.

“Yeah, we do need police because some people just not gon’ do right,” he said.

But while Banks says he can tell there’s a police officer shortage. There are other issues in the city — that he’s more concerned about.

In the meantime — Weems says his officers will continue protecting and serving the people of Uniontown.

“Fighting crime to the best of our ability.”