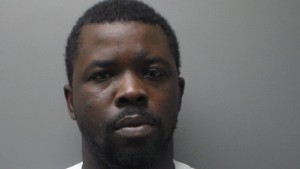 Troy police say they have made an arrest in the October 23 fatal shooting at Goldmine Entertainment.

Police say they have charged 27-year-old Xavier Quantez Edwards with murder in the death of 33-year-old Andre Lydell Thompson of Highland Home.

Police say at about 1:37AM that morning, they were called to Goldmine Entertainment, in the 200 block of U.S. Highway 231, on a report of a man shot. When they arrived, they learned the victim had been taken to Troy Regional Medical Center in a personal car.

On Monday, November 1, police say Edwards turned himself in at the Troy Police Department. He is in the Pike County Jail on $100,000 bond.

Live updates | Another struggle for Koepka, Cantlay at PGA