A fifth suspect in the 2020 murder of a Marengo County man — is behind bars tonight. 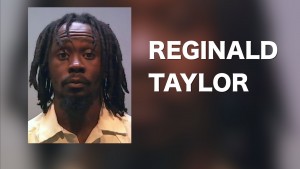 Taylor and four other suspects are accused of luring 49 year old Zerick Pritchett to the Magnolia community. Then shooting him to death and robbing him.

Bates says Taylor was arrested Wednesday when the 18-wheeler he was driving was pulled over in Chilton County. And deputies discovered there was a warrant out for his arrest.

Taylor is being held in the Marengo County Jail without bond.