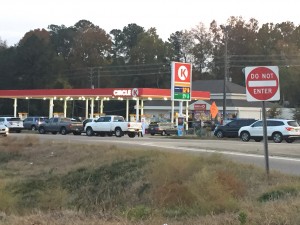 Montgomery County Sheriff’s Deputies are investigating a shooting that happened late this afternoon at a gas station in Pike Road.

He says two people were shot. One was involved in the shooting and the other appears to be an innocent bystander.

Right now, Murphy says three suspects are in custody and they are looking for a fourth.