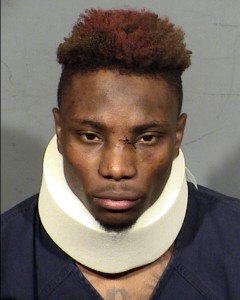 Attorneys for former Las Vegas Raiders receiver Henry Ruggs III have launched a bid to keep his medical records out of the hands of prosecutors charging him with driving under the influence in a fiery crash that killed a woman and cost Ruggs his job.

He’s accused of driving 156 mph with a blood-alcohol level twice the legal limit in Nevada before his sports car crashed into a vehicle early Nov. 2, killing Tina Tintor and her dog.

Ruggs is on house arrest with strict conditions while the case proceeds.

Ruggs, who is from Montgomery, was a star receiver at the University of Alabama from 2017-19.