A small town in Butler County had a re-opening for one of its oldest attractions, but it’s not how it used to be.

The Georgiana Opry House, where the famous country singer Hank Williams sang, used to be a movie theater, but now it’s been given a fresh start at a new life.

The Georgiana Opry House opened in 1939 and had Hank Williams perform with his band, the Drifting Cowboys. The Opry House had been closed for a few years until Georgiana resident, Tracy Eason, decided to transform it into a performing arts theater. 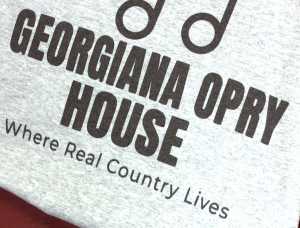 The Georgiana Opry House will not only have plays and dance performances, but also bands and even matinee movies. The Opry House has had a lot of famous country singers perform in its walls over the years and have already had 3 bands perform since its opening last month. Now, Tracy Eason is no stranger to musical performances, as she used to be a drummer and traveled all over for her gigs.

“I have a lot of connections in the music industry through Robin McCombs who lives here in Georgiana and being a drummer for multiple people down through the years,” stated Eason.

The re-opening of the Opry House is to help breathe new life into the small town of Georgiana and bring in more tourists.

“This is the grandest thing in the world to see,” stated Georgiana native Charles Shepherd. “This is a historic part of Georgiana and to see that someone has come in and bought it and revised it is music to our ears.”

Their next upcoming event will be during Christmas and will be called ‘Old Town Christmas.’ They will have Christmas carolers and vendors set up for the holiday festivities. All events at the Georgiana Opry House are available to see on their website and Facebook page.

The Opry House still needs donations to fix their ceiling and build dressing rooms for their performers. You can go on their website to donate money toward the Georgiana Opry House.