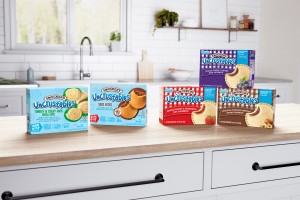 The J.M. Smucker Co. plans to build a manufacturing facility and distribution center in Jefferson County, creating up to 750 jobs.

In an announcement from Gov. Kay Ivey, the plant represents a financial investment of $1.1 billion.

It is to be built in McCalla, which is southwest of Birmingham, and will be constructed over three phases. Construction of the facility is expected to begin no later than January 2022, with production starting in 2025.

Smucker’s new facility at the JeffMet Industrial Complex will mark the third dedicated to Uncrustables® sandwiches, along with facilities in Scottsville, Kentucky, and Longmont, Colorado.

Smucker said the continued demand for the frozen handheld sandwiches has driven the brand’s growth over time to approximately $500 million in annual net sales, demonstrating double-digit net sales growth annually over the past decade.

With this increased production capacity, the Company expects to grow the Smucker’s® Uncrustables® brand over the next five years to approximately $1 billion in annual net sales.

“Because The J.M Smucker Co. is one of America’s leading consumer packaged goods companies in the food sector, its decision to make a significant investment in Jefferson County represents a powerful endorsement of Alabama’s inviting business environment,” Gov. Ivey said in a statement. “Not only will the Company’s growth project create a large number of jobs in McCalla, but it will also permit us to build a long-standing relationship with a top consumer brand.”