Two People Killed in a Pair of Weekend Shootings in Selma

Selma Police are investigating a pair of shootings over the weekend in the Queen City — that left two people dead.

Chief Kenta Fulford says the two homicides happened about five hours apart from each other.

The first one happened at Minter Terrace apartments on the 2500 block of Minter Avenue.

Police found the victim in front of one of the apartments at around 8:30 Friday night. 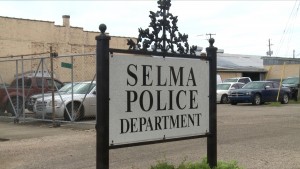 “Upon arrival they discovered a black male, Mr. Michael Blevins, with gunshot wounds. He was pronounced deceased,” said Fulford.

A few hours later — Fulford says police were called out to the Sports Bar on the 1800 block of Selma Avenue following a shooting there early Saturday morning.

“Around 1:30 am officers responded in reference to a gunshot victim,” Fulford said.

“Upon officer arrival the victim was deceased from his injuries.”

Fulford says 38 year old Marcus Hatcher of Selma — was shot and killed inside the bar.

The two homicides bring the city’s murder toll — up to 22 for the year.

“We’re hoping that patrons of that bar at that time would come forth and give us a statement,” said Fulford.

No arrests have been made in either case.