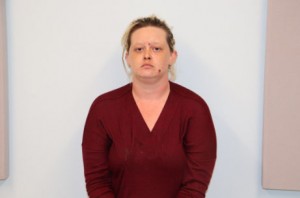 Prattville police say they have taken a woman into custody after a stabbing and a short pursuit on Interstate 65.

Prattville Police Chief Mark Thompson says they got a call around 5:30 this morning about a woman trying to assault a man in the dining area of the Hampton Inn on Cobbs Ford Road.

Police say the attempted attack was unprovoked. They say the woman had left the hotel before officers arrived.

Around 8:20 a.m., officers went to a gas station near I-65 after getting a report that someone had been stabbed. They believe the woman stabbed a random person whom she didn’t know before driving off.

Police say the man was stabbed in the back and is being treated for his non-life threatening injuries in a hospital.

Thompson says they got a description of her car and took her into custody after a short pursuit on I-65.

She has been identified as 31-year-old Chelsey Renee Riddle of Tennessee. Police say they have assault and attempted assault charges pending against her.