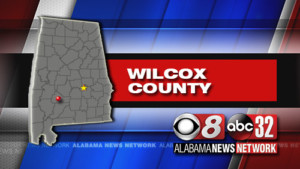 The Wilcox County deputy and the suspect involved in a fatal shooting on Wednesday have been identified.

According to District Attorney Michael Jackson, the retired deputy who died of his injuries was Madison Nicholson, while the suspect was Billy Bizzell. A chief deputy was injured in the shooting but hasn’t been identified.

As Alabama News Network has reported, the shooting happened after deputies responded to a domestic call in the town of Yellow Bluff, which is west of Camden, at around 5 p.m.

Jackson said the deputies were responding to the call when a woman ran out of a home. He said a man followed her, firing shots and that one of the deputies was struck in the neck.

The other deputy’s injuries weren’t clear, but both were airlifted to hospitals.

Jackson said he was unsure if Bizzell’s death was the result of a self-inflicted wound or if he had been shot by either of the deputies.

Gov. Kay Ivey, who is a native of Wilcox County, issued this statement Wednesday night:

“Tonight, my home county of Wilcox tragically lost retired Sheriff’s Deputy Madison “Skip” Nicholson who was shot and killed in the line of duty. A chief deputy was also treated for his injuries. We are reminded far too often the grave sacrifice our men and women in blue face each day to protect our communities. The Alabama Law Enforcement Agency is actively leading the investigation on this tragic situation. My prayers go out to his family and colleagues.”