More details emerge in the deadly shooting that claimed the lives of a Wilcox County constable — and the suspected shooter. 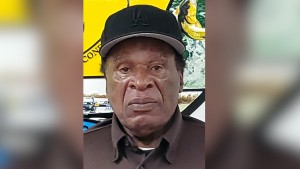 Seventy-eight year old Madison “Skip” Nicholson of Camden was a long-time Wilcox County constable — as well as a long-time process server with the sheriff’s office.

He was pronounced dead at a Pensacola hospital Wednesday — after being hit with a shotgun blast along with Chief Deputy Trenton Gulley — while the two were responding to a domestic disturbance call in Yellow Bluff.

“When they made it to the house the suspect opened fire. Shot inside of the vehicle, the vehicle they was riding in,” said Sheriff Earnest Evans.

“The deputy he returned fire. The young man, he ran off and he killed hisself. Shot hisself.”

Evans says the suspect has now been identified as 52 year old Billy Bizzell of Arlington. 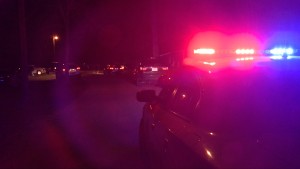 He says Gulley was treated for his injuries at the hospital and released.

He says Nicholson was well known all over the county for his sense of humor. As well as for never meeting a stranger.

“He was a nice, fun guy. Talk a lot of junk all the time, funny, nice guy,” said George Johnson of Yellow Bluff.

The flag at the courthouse annex in Camden is at half-staff. And black ribbons have been hung at the doors to honor the fallen officer.

“It is a blow to the department and to me,” said Evans.

“Because he was always around. He did anything any deputy would do. He was out there doing it.”

Funeral arrangements for Nicholson are not yet available.