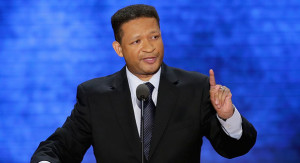 A federal appeals court has ruled that former Congressman Artur Davis can’t pursue a racial discrimination claim against the nonprofit legal organization he once headed.

Davis worked as executive director of the agency for nine months ending in August 2017 before resigning. He later filed suit claiming he was forced out and treated unfairly because of his race.