CFP: Alabama to Play Cincinnati in Cotton Bowl in Semifinal 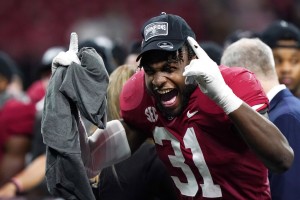 The College Football Playoff is set: Cincinnati will play Alabama in the Cotton Bowl and Michigan will face Georgia in the Orange Bowl on New Year’s Eve.

The Bearcats won the American Athletic Conference and head into the postseason as the only unbeaten team in the country.

Their reward will be a matchup with the defending national champions. The Crimson Tide is in the playoff for the seventh time in its eight-year history.

The winners of the semifinal games on Dec. 31 will play for the College Football National Championship on Monday, January 10.