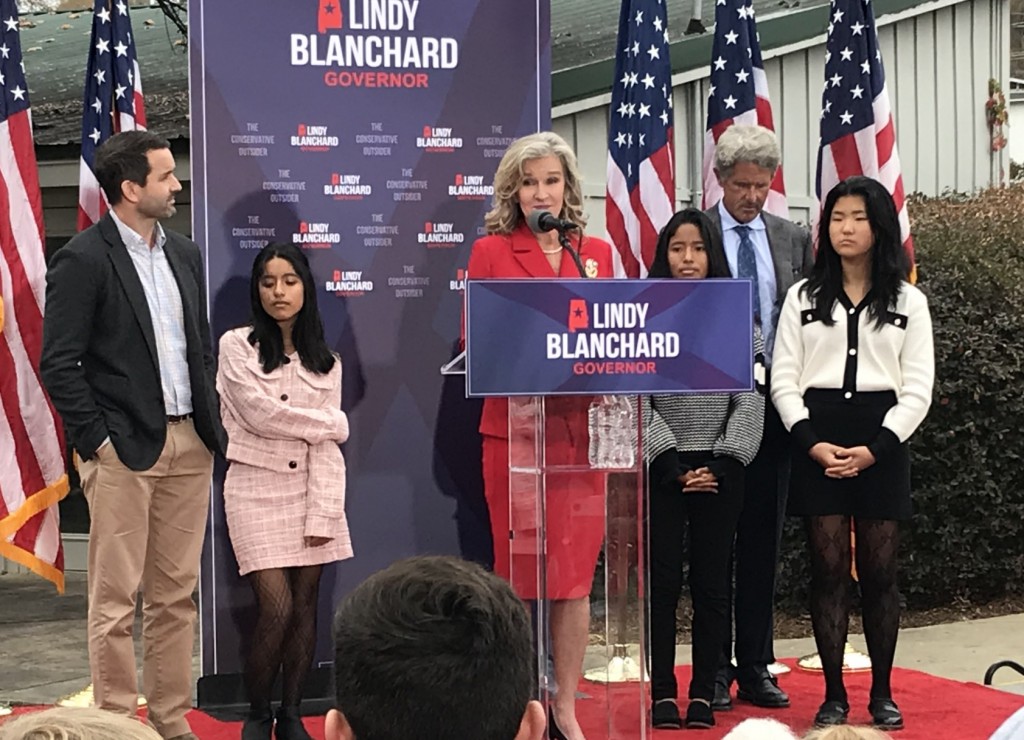 Lindy Blanchard announced her intent to run for governor in the 2022 election./Source: Alabama News Network

Lindy Blanchard, the former U.S. Ambassador to Slovenia under the Trump administration and U.S. Senate candidate, announced Tuesday morning that she will now run for governor in 2022.

Blanchard made the announcement in her hometown of Wetumpka at the Jeanette Barrett Civic Room.

Blanchard joins an already crowded field of Republican candidates vying to become governor. Along with the incumbent, Gov. Kay Ivey, Stacy George, Dean Odle and Tim James, son of former Governor Fob James, are running in next year’s election. Christopher Countryman is the only Democrat that has announced his intent to run for governor.

Gov. Ivey is seeking her second full term in office. Trump has endorsed a challenger in Georgia’s GOP primary for governor, but it is unclear if he will endorse in Alabama.