Car of Auburn University Student Missing Since 1976 Has Been Found 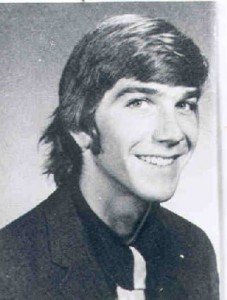 Investigators say the Ford Pinto belonging to an Auburn University student who has been missing since 1976 has been pulled from a creek in Chambers County.

His remains are possibly inside.

According to the Troup County, Georgia, Sheriff’s Office, on the night of January 27, 1976, 22-year-old, Kyle Wade Clinkscales left LaGrange, Georgia, to travel back to Auburn University. However, he never arrived and neither he nor his white two-door 1974 Pinto Runabout were ever found.

Yesterday morning, deputies with the Chambers County Sheriff’s Office were notified of what appeared to a car submerged in a creek off of a County Road 83 approximately one mile from County Road 388. The location is about three miles from Interstate 85, which he would have taken to make the 45-mile trip from LaGrange to Auburn.

The car has been taken to the Troup County Sheriff’s Office where it is being processed by the Georgia Bureau of Investigation to determine the contents of the vehicle. 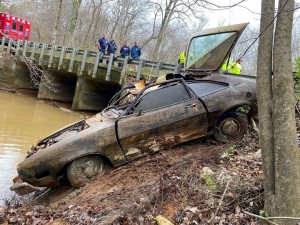 It’s hoped the remains will answer the question on whether Clinkscales was the victim of foul play or a car crash.

The sheriff’s office has searched for Clinkscales and his car for 45 years, following hundreds of leads, though nothing substantial ever developed, Woodruff said.

Clinkscales’ parents had reported him missing when he never showed up at Auburn. His father died in 2007, and his mother died early this year.