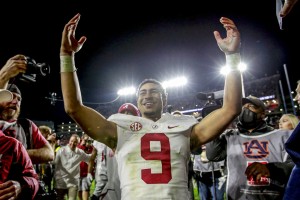 Alabama quarterback Bryce Young has been voted The Associated Press college football player of the year.

That gives the Crimson Tide its second consecutive winner.