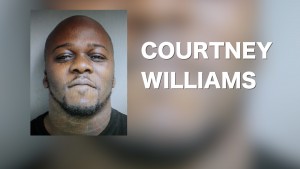 A Dallas County jury has found a Selma man guilty of two counts of capital murder.

32 year old Courtney Williams was convicted of killing Jamarius Fails. Fails was shot in GWC Homes back in 2017 — and died.

The jury deliberated for about two hours before returning with a guilty verdict.

Williams was sentenced to life in prison without parole.