Tenants at an apartment complex in Linden are speaking out about living conditions — that they feel are unsafe.

Vicki Keller is a long-time resident at Linden Park Apartments.

“I’ve been dealing with mold for over two years now.”

Keller says an on-going — persistent — mold problem at the complex — has people there concerned for their health and safety.

“I keep my grandson a lot due to my daughter working. And he he keeps a cold due to all that mold,” she said. 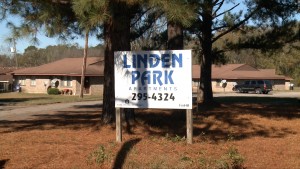 “I can’t even put him in the tub because it’s so molded in there. I can clean it and within a day and a half it’s built right back up.”

“It’s in the bathroom. Around the tub,” said Tabatha White.

“It could be hiding behind the walls because I kept having bad headaches and stuff. And when I leave the apartment they go away.”

Residents are also dealing with raw sewage spilling out onto the property — right outside in the open.

“It’s a problem on the inside of the apartment too,” said Marcus Adams.

“Cause you know when it all get clogged up on the outside. It all, some of it, sometimes pushes it back in you know. And it’s a real bad problem. It’s a bad smell, bad odor.”

Residents are speaking out — hoping that someone who can help their plight — hears their cries.

We reached out to the owners of Linden Park Apartments about the problems.