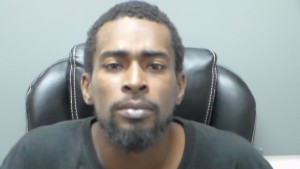 Police say 32-year-old Alvin Augustus Cannon of Troy is charged in connection with the November 27 shooting in the 400 Block of Aster Circle.

Police say at about 8:30 p.m. that night, they were called to the location and began speaking to numerous people along with a victim who had been grazed by one of the shots. That person was treated at the scene.

Officers say they were told one person was taken by personal vehicle to Troy Regional Medical Center suffering from gunshot wounds. Police say that person’s wounds were non-life threatening and the person was taken to a Montgomery hospital for further treatment.

Yesterday, Troy police took Cannon into custody after he was arrested on unrelated charges by the Crenshaw County Sheriff’s Office. Cannon is being held in the Pike County Jail on $300,000 bond.

Cannon is the second person to be arrested in the case. On November 28, Troy police arrested 31-year-old Daryl Jerrell Davis of Troy. Davis was charged with four counts of attempted murder and one count of firing a gun into an occupied dwelling.