A Selma attorney finds herself on the wrong side of the law in Dallas County. 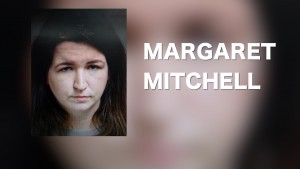 Sheriff Mike Granthum says 29 year old Margaret Mitchell brought a birthday card with drugs in it — to an inmate at the county jail.

Granthum says the incident was caught on camera. He says jailers recovered the cards. And the cards  tested positive for cocaine.

Mitchell was arrested and charged with promoting prison contraband.

“The law is for everybody. It doesn’t matter if you’re an attorney — or a doctor — or a garbage man — or what have you. You’re not going to come to the Dallas County Jail and give inmates contraband,” Granthum said.

Mitchell is free on bail tonight after posting $15,000 dollars bond.