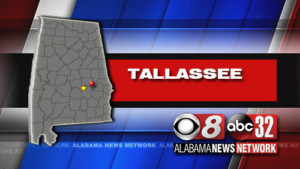 Alabama News Network has confirmed that Tallassee Police Chief Matthew Higgins has resigned.
Mayor Johnny Hammock says the resignation is effective December 14.
In his resignation letter, Higgins stated both personal and professional reasons for his departure, according to Hammock.
Higgins served as the chief for more than five years. Last month, the city council passed a resolution saying that it was asking state law enforcement to investigate several alleged issues with city government. That resolution included a claim that the police chief and others were engaged in harassment or harassing communications toward city employees.
Hammock says he met with Capt. Todd Buce, who is the highest ranking officer. Capt. Buce will serve as the interim chief until a replacement is named.
It will be up to the city council to decide who will serve as Tallassee’s next police chief.
Categories: Montgomery Metro, News
Tags: tallassee alabama, tallassee city council, tallassee mayor, Tallassee Police, tallassee police chief