The football footprint and exposure at Historically Black Colleges and Universities — is on the rise.

Proof of this can be found in Marion — at the inaugural HBCU Pigskin Showdown. 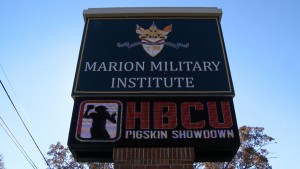 The showdown is a post-season all-star game — featuring some of the best draft-eligible football players from Historically Black Colleges and Universities.

The goal for the event is actually two-fold.

First and foremost — it’s meant to showcase HBCU talent — for NFL scouts like Donovan Jackson with the Green Bay Packers.

“We’re here just to kind of access the talent. See what they have to offer,” said Jackson.

“And maybe even get a chance to sit down with a select few in an interview format. Get a chance to see who they are as a person and if they’re a fit for the organization.”

And last but not least — the showcase is also meant to highlight the cultural impact of two historic cities from the voting rights movement.

The HBCU Pigskin Showdown is Sunday at noon at Marion Military Institute.

For more information go to hbcupigskinshowdown.com.