A Camden couple is behind bars tonight in Dallas County — accused of robbing a convenience store. 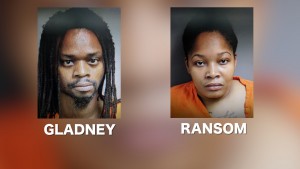 The charges stem from an armed robbery at the Cougar Oil convenience store on Highway 41 — Wednesday night around 7.

Surveillance video shows the suspect walk into the store — pull out a gun — and take cash from the register.

“He actually stuck the firearm to the store clerk and demanded the money,” said Granthum.

“She gave an undetermined amount of money to this suspect. And he fled on foot.”

Granthum says initially — Department of Corrections tracking dogs were called in — to aid in the search for the suspect. 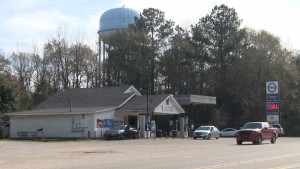 However further investigation — provided authorities with the name of the person in the video — and a description of a getaway car.

“And it was headed towards the Camden area. So, we notified the Camden Police Department which did an outstanding job to help us. And they actually made a traffic stop on that vehicle,” Granthum said.

A 9 mm hand gun — and about 1800 dollars in cash were recovered during the investigation.

Both Gladney and Ransom were then arrested. And taken to the Dallas County Jail.

Gladney is being held without bond.