Thirty year old Martinez Smiley of Selma — was killed in a hit and run accident — back in November of 2020.

It’s been more than a year now since his death — and still no one — has been arrested. 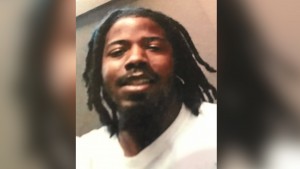 “I have my days where I go through just thinking about him, him not being at home anymore — and not seeing him. He was a very good son, he really was. And everybody liked him. I just miss and love him. We all do,” said Rosalyn Smiley.

Authorities say Smiley was walking across Highland Avenue at night near Edgewood Elementary School — when he was hit by an automobile — and later died.

“I’m sure somebody probably knows something, cause Highland Avenue is a very busy street, and it stays busy all the time,” said Smiley.

“Hopefully someone will go ahead and come forward.”

Dallas County District Attorney Michael Jackson reached out to the governor — on behalf of the family — to request the reward.

“We’ve had situations where after reward money was out there, people came forward with information, all kinds of information. And we’ve actually had reward money paid out to people,” said Jackson

“Whoever did it, they shouldn’t have kept going,” said Smiley.

“They could have at least stopped and said something. It’s not right.”

The reward is for information leading to the arrest and conviction of the perpetrator of the crime.