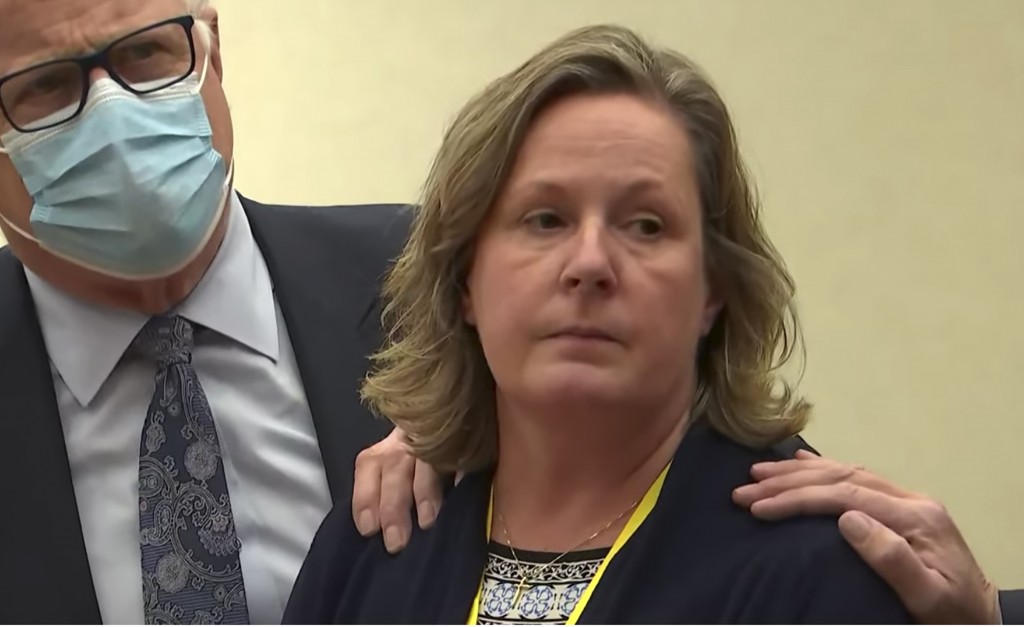 In this screen grab from video, former Brooklyn Center Police Officer Kim Potter stands with defense attorney Earl Gray, as the verdict is read Thursday, Dec.,23, 2021 at the Hennepin County Courthouse in Minneapolis, Minn. Jurors on Thursday convicted Potter of two manslaughter charges in the killing of Daunte Wright, a Black motorist she shot during a traffic stop after she said she confused her gun for her Taser.(Court TV via AP, Pool)

The jury deliberated for about four days before finding Kim Potter guilty of both counts on Thursday.

Potter, who is white, was a Brooklyn Center police officer when she shot and killed the 20-year-old Wright during an April 11 traffic stop.

Potter has said she mistook her handgun for a Taser while she and other officers were trying to arrest Wright on an outstanding warrant for a weapons possession charge.

She faces about seven years in prison on the most serious count under the state’s sentencing guidelines, but prosecutors said they’d seek a longer term.