Man, Teenager Killed in Wreck on Interstate 65 in Lowndes County 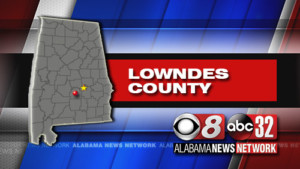 Alabama State Troopers say a man and a teenager were killed in a crash between a pickup truck and a tractor-trailer truck on Interstate 65 in Lowndes County.

State troopers say 50-year-old Jose Badillo and a 16-year-old, both of Jonesboro, Georgia, were killed in the crash, which happened at about 7:30 a.m. Tuesday.

Investigators say the two victims were riding in a pickup truck being driven by a 17-year-old from Waco, Texas. The pickup hit the rear of a tractor-trailer truck that was parked on the side of the interstate.

Investigators say Badillo and the 16-year-old were not wearing seat belts. They were pronounced dead at the scene. The 17-year-old driver was taken to a hospital.

The crash happened near the 150 mile marker, about five miles east of Hayneville.