Lack of Radar Puts Lives At Risk in Wilcox County 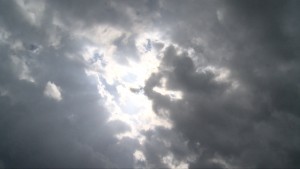 A lack of radar coverage in southwest Alabama puts thousands of lives at-risk from the threat of tornadoes during inclement weather.

However, an effort underway in Wilcox County — is trying to change that.

Eighty-five year old Jamie Wallace of Millers Ferry is a tornado survivor. His home on Sand Island was destroyed by a powerful tornado — 15 years ago.

“This was the same day that tornado hit Enterprise,” said Wallace.

“Enterprise got a lot of publicity out of it. Of course we were in a rural area and it wasn’t as many people affected and as many lives lost,” he said.

Wallace says his family managed to make it to their storm shelter that day with only seconds to spare as the storm hit.

“Three second later it hit and wreaked havoc on the area there.”

More than 30 homes were destroyed or damaged. And one person was killed.

Radar coverage — may have provided a few more seconds — for people to try to get to safety.

“Wilcox County is the center point of the 13 counties that need this radar so desperately,” said Wilcox Co. EMA  and 911 Director Melissa Dove.

She says a site for the radar — and a company to install it — have been determined. And now all that’s left to do — is get the money to pay for it. She says the plan — is to use hazard mitigation money — through FEMA.

“It’s exciting to hear what they’re trying to do. And I certainly hope and pray that it will be successful.”

Dove says if the money for the life-saving technology is approved — it will still take about 12 to 18 months before any construction actually begins.