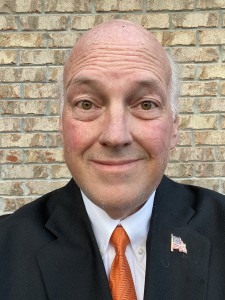 Ed Packard, candidate for Alabama Secretary of State – Photo furnished by the candidate

Packard is a Republican, having previously been elected to the Autauga County Republican Executive Committee.

He notes that while the Secretary of State is assigned many tasks, such as those related to business services, lands & trademarks, and adoptions of babies and other young children from foreign countries, he says perhaps the highest profile tasks are those related to administering elections in our state.

“Alabama’s voters expect and are due the ability to vote in elections that are free and fair, ” Packard said. “Alabamians should not have to be concerned about whether our elections have integrity and credibility. We election administrators should faithfully implement the rules by which elections are held. And to ensure that is done, the Alabama Legislature should provide for post-election audits of all elections in the State of Alabama.”

The primaries are May 24.