A house in Linden tied to a long history of educating African-Americans in the city — has recently been added to the Alabama Register of Landmarks and Heritage. 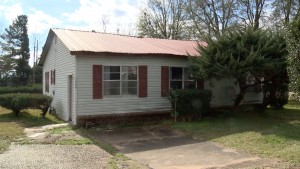 Frank Lankster House functioned as a boarding house for teachers at Linden Academy — a privately funded boarding school in Linden — during the early 1900s.

“It was a school that was aimed at educating the descendants of slaves,” said owner Frank Lankster.

The historic house sits on part of 70 acres of land — purchased by former slave Edd Shields.

“How a slave-born person got his hands on $500 dollars to buy 70 acres of land, we don’t know,” said Lankster.

Lankster says Shields gave each of children an acre of land — and donated 12 acres for a school.

Lankster says it’s local history — that he’d like to see taught in the city school system.

“Three school buses that pass this house twice a day — loaded with children going to the school that Edd Shields founded,” said Lankster.

“They don’t know nothing about him, or the school. Far as they know it just dropped out the sky.”

Lankster is currently working to transform the house into a museum — about African-American heritage in Linden.

The mission of the Alabama Register of Landmarks and Heritage — is to protect, preserve and interpret Alabama’s historic places.

On Your Side: Look for IRS Letter Regarding Child Tax Credit Before Filing Your Taxes