Governor Kay Ivey gave her annual State of the State address Tuesday night. However, not everyone was satisfied with what the Governor had to say. 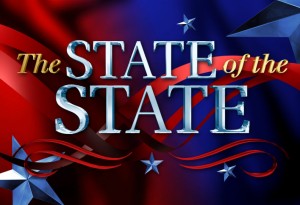 Alabama State Auditor Jim Zeigler gave the ‘Taxpayers’ Response’ on the steps of the Alabama State House Thursday Afternoon. Zeigler stated that the Governor completely left out the taxpayers of Alabama in her State of the State address. He claims that each new spending measure would benefit certain groups in Alabama, except for the taxpayers. He mentioned the lack of tax relief last year in the state and wants the Governor and Legislature to not repeat that again this year.

Zeigler offered one solution which is to have a statewide sales tax holiday.

“This approach would not only benefit taxpayers but also stimulate local businesses,” stated Zeigler. “We could eliminate or lower our high state sales tax for five years.”

Zeigler gave his response at the 11th annual ‘Welcome Back Rally’ that was organized by the Common Sense Campaign and the Alabama Conservative Coalition.