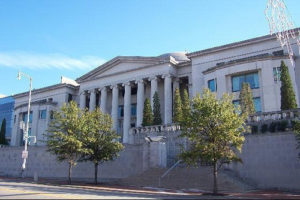 The Alabama Supreme Court has increased the range of bail for murder in updating the state’s bail schedule.

In issuing its ruling, the Supreme Court says this is a general rule for circuit, district and municipal courts. It says courts should exercise discretion in setting bail above or below the scheduled amounts.

The bail schedule had come under criticism this week in Montgomery, after a shooting Sunday at the Bama Lanes bowling alley. One person was killed and six others were injured.

After the release, Montgomery County District Attorney Daryl Bailey had asked the court to increase Johnson’s bail to $2 million. At a hearing Thursday, District Judge Tiffany McCord increased the amount to $860,000.

Bailey told Alabama News Network that he is pleased that the Alabama Supreme Court is changing the bail schedule for murder cases.

“It’s a good day because we have been working on this since 2014 to try to get it to this amount,” he said.

But Bailey says the system is still flawed.

“We have got to find a better system. I do not think cash bail is a fair system. It’s not really fair that if you’re rich you can go commit a crime and get out because you have the means to do so.

“We should be basing it on whether the person is violent, if the person has a violent nature and has committed a violent crime. So we should go to a detained or not detained system. That’s a better way to do it, so I’m an advocate now for getting rid of cash bail in the state of Alabama.”