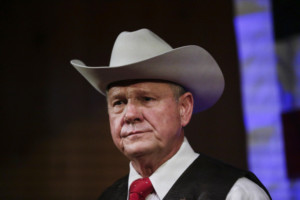 Jury selection has begun in the defamation lawsuit filed by a woman who accused failed U.S. Senate candidate Roy Moore of molesting her when she was 14.

The trial is being held in Montgomery.

The claim helped derail Moore’s hopes of being elected to the U.S. Senate. Moore has denied the accusations and countersued Corfman and other accusers for defamation.