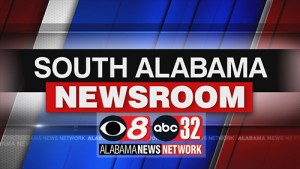 Alabama State Troopers say two men from Opp have been killed in a single-vehicle crash.

State troopers say 54-year-old Tyrone White was driving an SUV which left the road, overturned and hit several trees. He and his passenger, 38-year-old Calvin Lamar Hines were killed.

The wreck happened on Rose Hill Road near Possum Trott Road, about one mile south of Dozier, in Crenshaw County at around 3:20 p.m. on Tuesday.