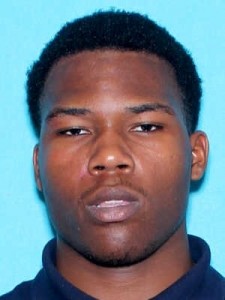 Montgomery County deputies have made an arrest in a string of car burglaries that happened in Pike Road.

The Sheriff’s Office has charged 20-year-old Thomas Brown IV with five counts of unlawful breaking and entering a vehicle and four counts of theft of property in the second degree.

Investigators say the break-ins happened in November. They say the victims’ vehicles were unlocked, with valuables left inside, such as cash and guns.

Brown has been placed in the  Montgomery County Detention Facility.

Sheriff Derrick Cunningham would like to reiterate what he expressed in this week’s news conference that Alabama News Network covered of the importance for people to lock their vehicles and remove any valuable items from inside in order to reduce the chance of break-ins and prevent thefts.

“Don’t think you’re just safe out in the rural setting,” Cunningham said at the news conference. “Lock your car doors.”