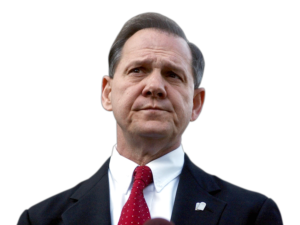 Inside a Montgomery County courtroom, testimony is continuing in a defamation lawsuit involving former U.S. Senate candidate Roy Moore and a woman who accused him of sexually molesting her in 1979 when she was 14.

Roy Moore’s wife, Kayla Moore, testified Friday about her husband’s character, saying he would not have done this. She also described harassment they received after The Washington Post published the account of Leigh Corfman.

Kayla Moore said their lives had not been the same.

Corfman said Moore defamed her and made false statements as he denied the accusations during the 2017 U.S. Senate race in Alabama.

Corfman’s attorneys on cross-examination reiterated that Kayla Moore did not know her husband in 1979. Circuit Judge John Rochester on Friday rejected a request from Moore’s lawyers for a directed verdict in the case.

Moore has denied the accusations and countersued Corfman and other accusers for defamation.